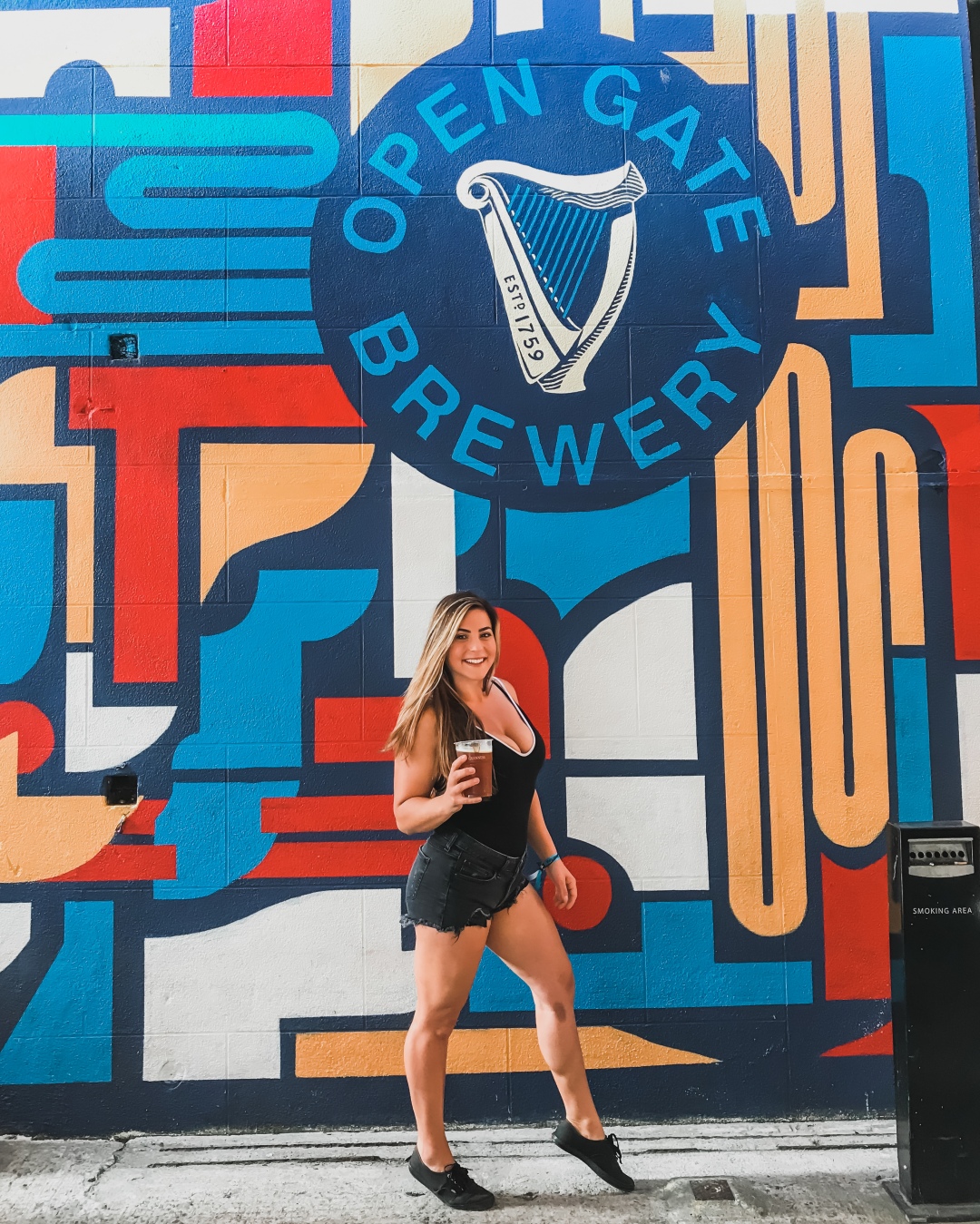 Traveling from San Diego to Dublin for two days sounds insane, I know, but I couldn’t pass up the opportunity when the Guinness US team invited me to Ireland.  I attended Meatopia, a festival of ethically sourced meat, all cooked over wood and charcoal by some of the world’s leading top chefs. I got to try some incredible dishes paired with Guinness’ Open Gate experimental beers. 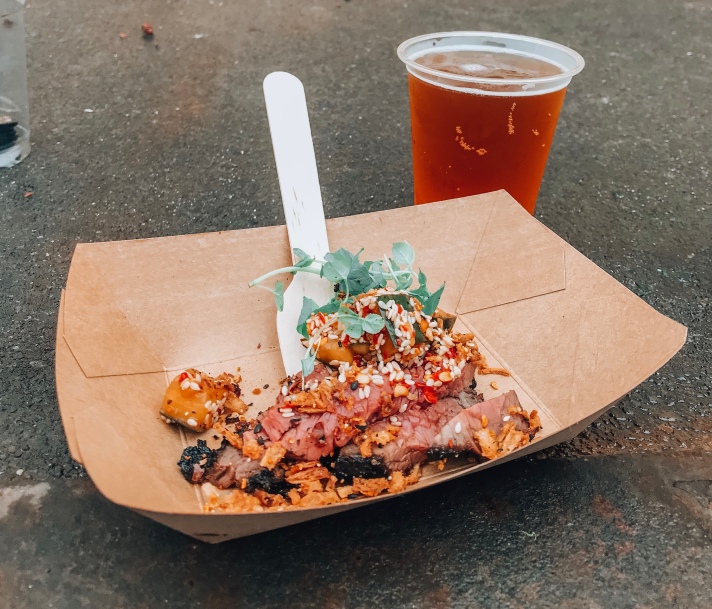 I then met up with my friend Aiden who is a brewer in Ireland, she showed me around some of the best spots to grab beers. The first place we checked out was The Underdog Pub. This pub serves only independent craft beer.  I started with the  Toasted Maple Stout by Lervig Beer. An imperial stout with maple syrup, vanilla, and lactose at 12%AVB. I LOVED this beer. Thicccc bodied stout with so much maple syrup made this dessert lover very happy.  I found the traditional stouts and porters I had in Ireland up until this point a lot more thin-bodied and around 5% abv or less. This was such a treat for me!

My first night continued at The Porterhouse Temple Bar  Dublin’s first pub brewery. Here I had to try the oyster stout. It tasted like a stout to me with your typical flavors of roasted coffee and chocolate, I didn’t get much of the sea or oyster flavor. I was expecting more of a salty briny taste but did not get much of that.

My first night ended back at the Underdog Pub drinking a pale ale by Yellow Belly Beer.  The next day it was finally time to check out the Guinness Storehouse, located at the St. James Gate Brewery. This place is massive, be sure to check out my YouTube video for more of the tour. My favorite part had to be the Irish step dancing followed by the white room where you can smell different components of the brewing process. In the following room, a beer expert explained the proper way to drink a Guinness and taught us the Gaelic word for good health, or cheers— “Sláinte,”— and we finally got our first taste of Guinness.

There’s also half a floor dedicated to Guinness’ famous advertising over the years, a  restaurant and an academy where you learn the proper way to pour a Guinness or get your face printed on a pint. We chose to get our faces printed.

The tour ended at the Gravity Bar which gives you a 360-degree view of Dublin. I exchanged my ticket for a pint of Guinness to enjoy with the view.

I’ll be honest, the next brewery I checked out, J. W. Sweetman was due to the fact that the charming building caught my eye as we were walking around the city. I had the Porter, which was decent but my favorite part was the velvety mouthfeel.

It was time to switch things up a little and indulge in some cocktails at a 1920’s inspired speak-easy hidden behind a discreet unmarked black building called  Vintage Cocktail Club.

I wish I could try everything on the menu because it all looked so good. Thankfully I had Aiden with me to share and we ended up having a total for four cocktails. All were excellent.

Here are the cocktails we had:

Cocktails were followed by a late dinner at Klaw, a small crab shack with excellent food. This was probably one of my favorite meals of the trip.

The spot was small and jam-packed even at 9:30 pm, so we grabbed a beer and waited until a table opened up. We decided to sit outside not only because it was the only open seat but also gave us an opportunity to people watch. 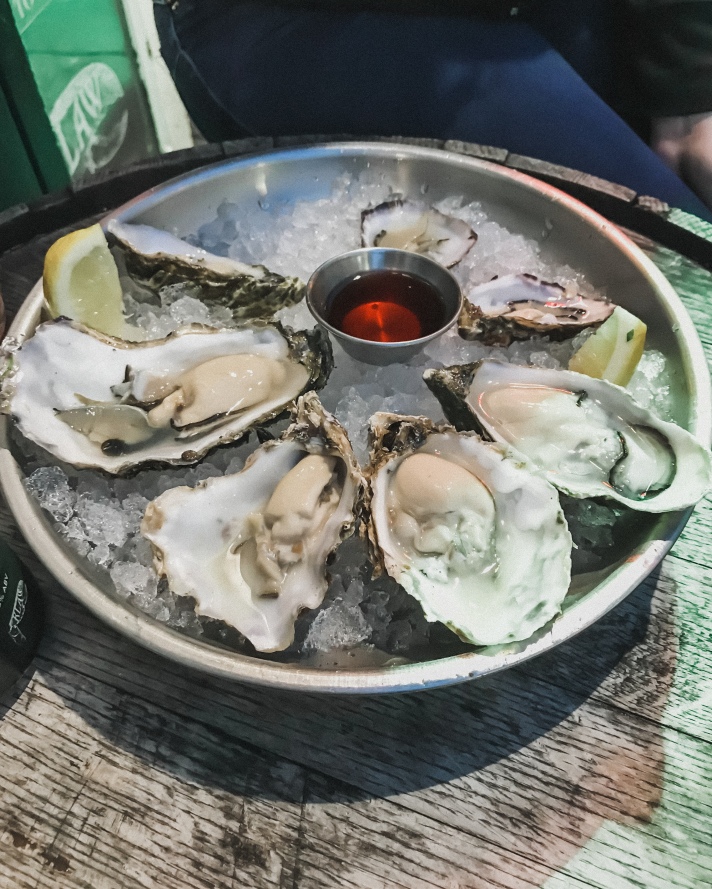 We started out sharing the oysters and tuna fish tacos. Then I had the lobster roll and tasted Aiden’s crab toasty- I know what I’m getting next time. It was incredible especially paired with Shuck N Suck, a clean, crisp Pilsner by Hopfully Brewing.

I tried to fit in as much beer as my body and time would allow. Dublin is such a lovely city and I wish I had more time to explore.  Make sure to check out my Vlog from my Dublin trip! Have you been or are you planning a trip?

Melis- The Girl with Beer